Was written for the literary Salon of Mrs Emily Kazriel, West Hampstead, London with the theme of ‘disguise’. 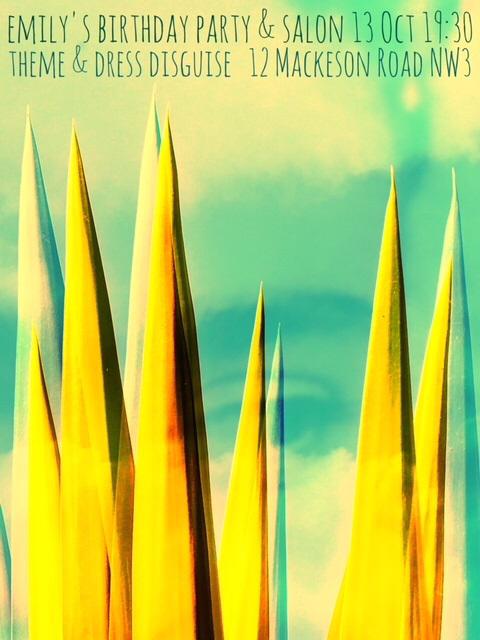 If you google ‘disguise’ and Psychology what comes up is information about Halloween, hiding our appearance via scary costumes that represent death, and fear. This short talk today will indeed touch on fear and death.

David Malan, a famous psychiatrist from the Tavistock centre, North London came up with the ‘triangle of men/ women’, also known as the ‘triangle of conflict’. Imagine a triangle standing on its corner with two equal edges emanating from the corner. The bottom represents our unconscious sphere of mind, and particularly the emotions and urges that reside there. Malan asserted that because we are unaware of those emotions, they create physiological anxiety in our body, and this is the second corner of our triangle. Now we are (sometimes) aware of this excess anxiety, and in order to ‘deal’ with it we move to the third corner of the triangle – we act to defend ourselves from the uncomfortable feelings but acting psychologically in various ways. Some of these may be denial. And repression of emotions, avoidance of feeling or thinking about what bothers us, or feels ‘wrong’. Dissociating from our emotions is one way in which we disguise from ourselves and the world the way we truly feel. Indeed being invisible is perhaps the best disguise of all rather than pretending to be something you are not.

It is always useful to consider a case study.

I have been working for some years with a lady, in her late thirties. Let’s call her I.R. (*Details have been changed for confidentiality reasons).

She was born as the youngest of four children; her three older siblings were significantly older. Her mother died when she was 6 years old. Her father sent her to boarding school soon after. She had to learn to swim or drown rather quickly. She had made friends and studied well at the boarding school, but when she travelled back home to visit dad over the holiday she did not maintain contact with her school friends. She had learnt to never speak about her bereavement pain, or the loss of mother, as father was not emotionally literate (being an engineer he was a man of deed, not talk), and I.R learnt to split away her different internal parts. Her emotional part had to be hidden away. When she graduated she went on to University, and served in the police force, as well as being a high manager in two high tech companies. She bought herself a soft doll at 18, and kept carrying this ‘transference object’ (an object upon which she poured her soft emotional parts) wherever she went. She got married and had one daughter. Age 38 she tried to commit suicide, as her managerial position did not seem to be a challenge any longer and her daughter went to boarding school and did not seem to need her much. When I met her she was post the suicide attempt, completely dissociated from her body, looking very passive in her reclining chair, nearly closed eyes, very disconnected from her body and the world. She had donned an invisibility cloak to disguise what was happening beneath.

The space is too short to report the journey of therapy, but I will say that the way to lift the disguise was via yoga- psychology, engaging I. R. with her body, making her stand on her head (literally at times!), laughing and giggling about ‘losing control’ and viewing things from an embodied different perspective.

Last but not least, on the topic of Disguise: I travelled to Israel last weekend to visit my 106 years old Grandma Kika (Rivka) Ram who is disguising herself in the body of a very old lady at the moment. She can hardly see, hear or walk, and has no teeth to eat with either. Since she is internally still very young and full of life. She asked me: ‘Shani, how would Grandpa Yaakov recognise me when we meet again up there’?

The second thing she said was: ‘what a shame it is that one has to die’!

So, lets’ keep celebrating life, in transparency (of emotions)!